My favorite girl, “Princess Rose,” went to the YMCA Cooking Camp and learned a thing or two about making delicious meals and treats in the kitchen. Read all about her experience below.

I went to the Y and I went to cooking camp. On Monday, I cooked Owl crackers. The Owl crackers didn’t look that good but tasted great.

The next day I made rice crispy treats. I had to have a small cup to put the cereal and pour it into rectangles. Then i put it in the oven. I looked in the oven and it looked good and tasted good too.

On Wednesday I made French Toast. First I got pieces of bread. Then I cracked four eggs. Then I put sugar in it and mixed it up.Then I had to put my bread in it. It was gross. Then i put it in the oven for like 10 minutes. Then I took it out and ate it with syrup. It taste good:)

On Thursday I made Frozen Treats.When i tried to make it I made a smoothie. I put banana, watermelon, and yogurt and mixed it up in a blender. Then I took it out and put it in a cupcake holder and then I put it in the freezer for hours. I took it out and it was so freezing and good,  Then I said that is a good idea.

On Friday I made Porcupine meat balls. I had to touch raw meat. It was so cold. At 1:30 I ate lunch and I went to the pool at 2:00. Then I made spaghetti and the spaghetti was so good:) I made it out of pasta noodles. I had a cupcake war. I had to have a friend to make a cupcake but it has to be good.My favorite thing was that I saw Cam Newton. I love cooking camp because I want to cook just like my Mommy.

Princess Rose is an energetic kid who likes dancing, playing soccer, and running track like her mama. She likes to bake, cook, and eat spaghetti as often as she can. She plans on being a scientist when she grows up.

This is wonderful! All of these recipes sound delicious, Rice Krispies Treats are my favorites. All this and Cam Newton too! Fantastic!

Cooking Camp sounds fun and those frozen treats are perfect for this hot weather! I sure wish I could met Cam too! 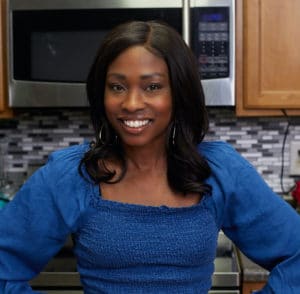